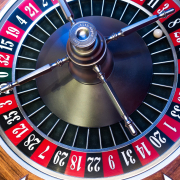 For the last several years, I have been making guesstimates of the number of mutual funds that will make “large” distributions (more than 10% of NAV) for the year.  My predictions are consistently the best available, but that’s because nobody else is silly enough to venture a guess.  That being said, last year’s prediction was off by less than 1%.

With any prediction, it’s a good idea to start with a baseline.  Here are the historical numbers: 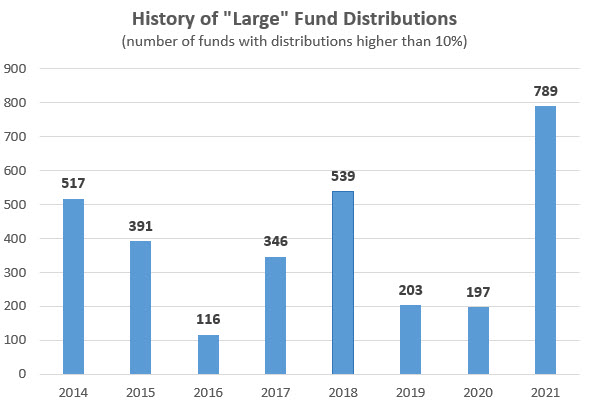 In an average year, we’ve seen 387 funds with distributions higher than 10% of NAV.  Last year’s numbers broke all records since we’ve been tracking big distributions.

I do have some reasonably good news … I’m expecting 2022 to be an average year.

Here are my three primary reasons for this prediction:

These reasons lead me to predict that the 2022 season will see 456 funds with capital gains distributions higher than 10%. 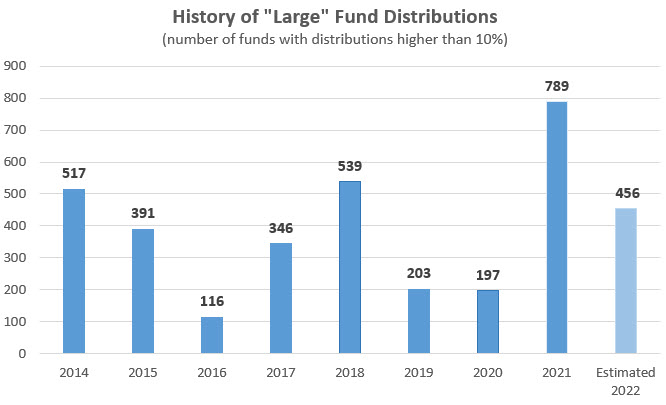 If I’m close in my prediction, we’ll see a 40% decline from last year’s numbers. Sadly, any taxable distribution is going to be especially painful in a year without gains.